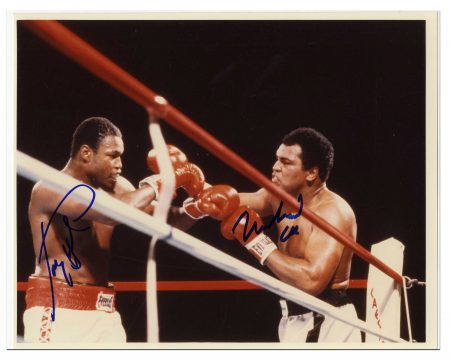 Holmes returned to Ali’s camp as a sparring partner a number of times until 1978, which was when Holmes captured the WBC World Heavyweight Championship in an epic fight with Ken Norton. In 1980, when Ali was way past his best, Holmes’ time with Ali came full circle when they met in Las Vegas, this time both being paid handsomely. The former sparring partner had little trouble with his one-time boss, defending his title in 10 rounds. Holmes would continue to fight throughout 2002, ending his career with a win over “Butterbean.”

It’s hard to imagine the current heavyweight champion as a sparring partner, but up until recently, it seemed he got a lot of his work in working with a wide array of fighters of all sizes. Fury comes from a family who loves fighting, so it’s no surprise that Fury would have no trouble getting in the ring, regardless of the pay. Though, his paychecks are a little bigger today as the heavyweight champion of the world.

The list of people Fury has shared the ring with in sparing almost too many to count, and a virtual who’s who of boxing over the last decade or so. One fighter that you may be shocked to hear he sparred with was former WBO Light-Heavyweight Champion Nathan Cleverly. Cleverly apparently brought in Fury as a sparring partner leading up to his fight with Sergey Kovalev. After the sparring sessions, Cleverly’s father said that his son had handled the much bigger Fury with ease in these sparring sessions. This might have been a dad sticking up for his son, especially considering Cleverly was dispatched by Kovalev in four rounds in their title fight. 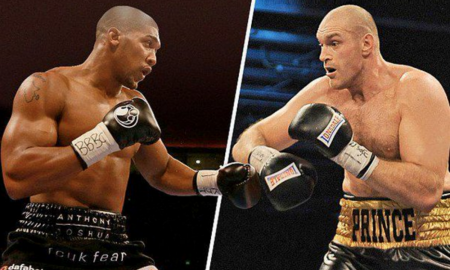 Anthony Joshua, the current IBF World Heavyweight Champion, has shared the ring with Fury in sparring too. Those sessions have been described as “wars.” Fury himself said that Joshua got the best of him, but Fury has also been known to play mind games. Considering that these two could meet in the not so distant future for millions and millions of dollars, it stands to reason that Fury didn’t show everything he knows in those sessions with Joshua.